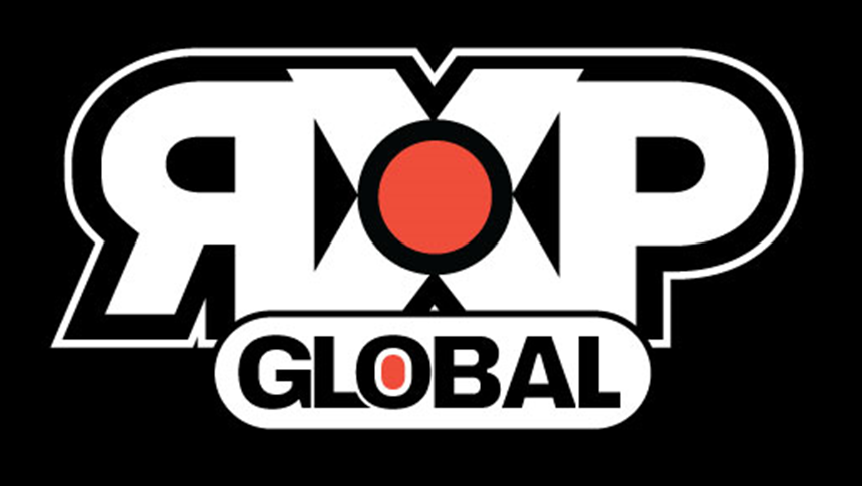 ReacTV and Instant Millionaire will be brought to you by RXP Global, a partnership of React LLC and W2 Films.

RXP Global’s members share an amazing diversity of experience and leadership. What binds us is a common, deep-seated passion for our core philosophy – to PROTECT, RESPECT, AND REWARD human attention. We believe this a noble pursuit worth investing in with all our hearts, minds and time. 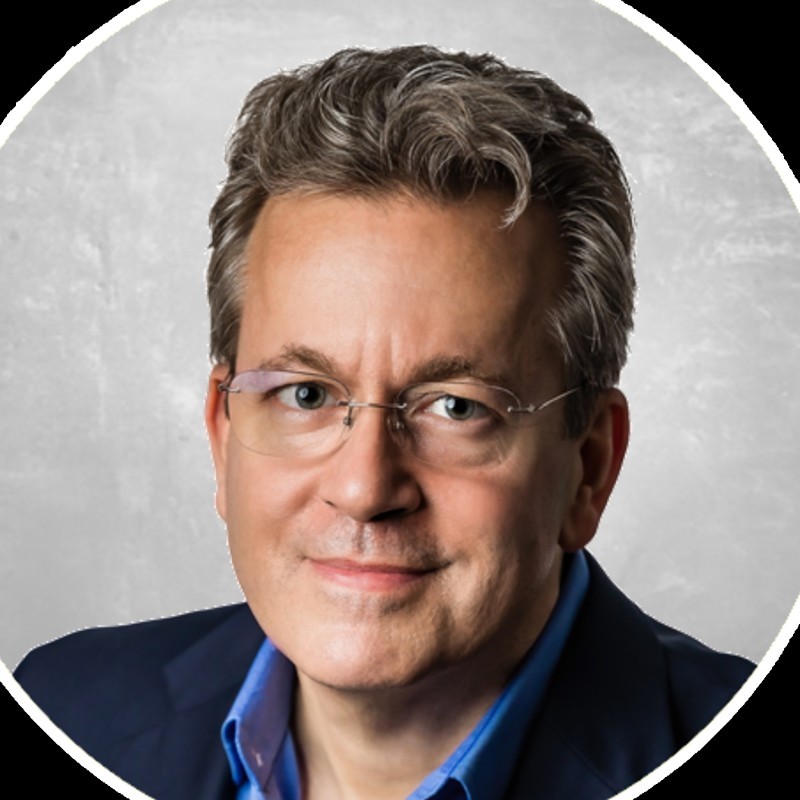 Frank has a passion for building businesses, inventing, and gaming. These three forces came together in 1985 when Frank won a well-publicized multimillion-dollar payout on a Monday Night Football promotion sponsored by Beatrice Foods.

Frank spent many years building REACT and several predecessor companies, as well as a successful Florida-based real estate development company in the 2000’s.

His desire to make advertising fun and rewarding inspired him to invent and patent the Reactive Advertising Process, which is at the core of a new generation of advertising designed to attract consumers’ attention and reward them for their time and attention. He has subsequently filed over 30 patents in this field of art.

Frank is an alum of Emory University, is married with five children. 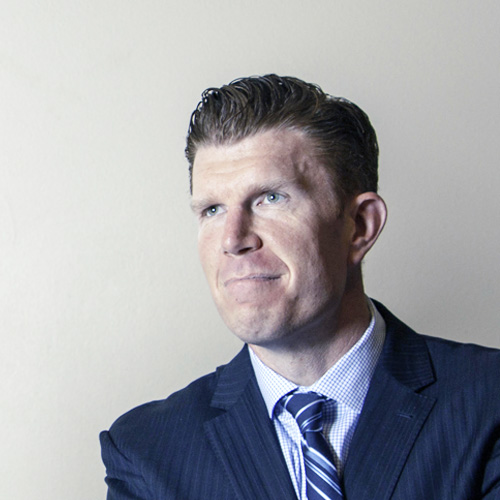 Matt Birk joined REACT in 2020, initially serving as the company’s first Commissioner of Pro and ePro Sports. Matt was instrumental in the founding of the RXP Global partnership and directs most of REACT and RXP Global’s national and international strategic partnerships.

A standout Harvard All-Ivy League lineman, Matt was drafted by the NFL Minnesota Vikings in 1998, earning six Pro Bowl selections before joining the Baltimore Ravens in 2009. The two-time All-Pro received the 2011 Walter Payton Man of the Year Award and retired on a high note, as part of the Ravens’ Super Bowl XLVII team. Matt then worked in the NFL front office as the Director of Football Development, and later as a special consultant. 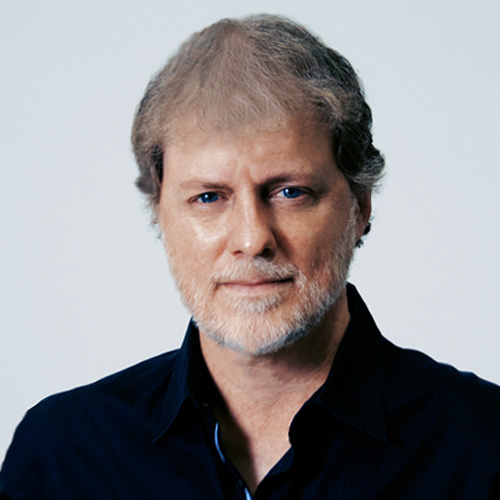 As founder and co-producer of W2 Films, Rich brings a depth of experience in both advertising and content production – a perfect blend for co-leading the production of the new entertainment properties that are powered by React’s RXP platform.

Rich has always had a passion for serving a venerable role in content creation – a good story well told, but also content that can elevate the good in all of us. 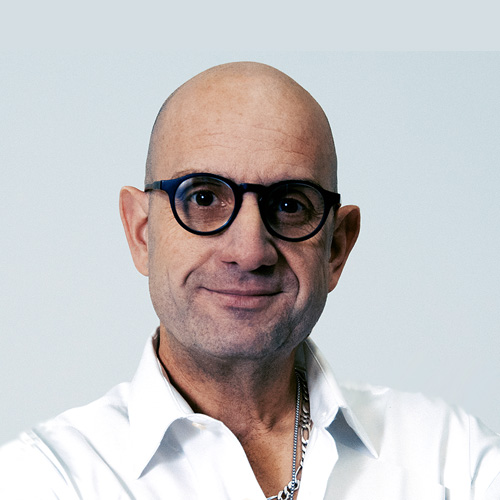 Mario, a first-generation Italian American, brings a highly charged entrepreneurial passion to everything he does.  His proven expertise in social media strategy and content development is rooted in his own experience as an influencer and autism awareness advocate.  His love and guidance have garnered a large following and his close network of influencers are making a positive impact on the world, including those who are becoming part of the ReacTV movement.

In addition to his role as ReacTV and W2 Films co-producer and head of social media and content strategy, Mario has been recognized for his success as an entrepreneur, award winning chef and restaurant owner, producer, and stage and theater director. 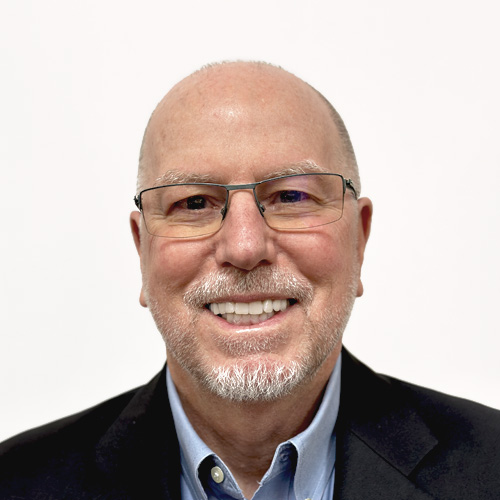 Terry has a broad background in sales, sales management and business development across the retail, computer software and media industries. He has extensive experience in digital media and multimedia advertising from his work at Media General.

Through his consultancy, Terry partnered Media General and React on a reactive advertising project in the 2010’s, which led him to joining the React team. Having witnessed firsthand the decline of traditional media at the hands of agile technology, Taormina is a driving force behind REACT’s constant focus on remaining fan-focused and vigilant against complacency.

Terry is a University of Pittsburgh graduate, and REACT’s sole Steelers fan. 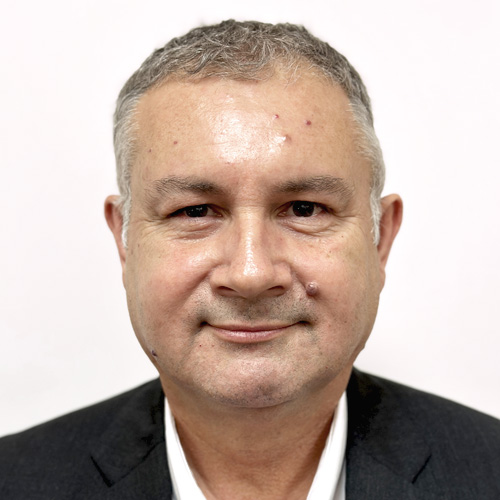 Luigi joined React as its COO and CFO. He has exhibited strong technical expertise and business acumen, spending much of his career-defining, mapping, and executing the core direction of international business ventures from inception.

Del Basso was the founder of Servebase, a global payments processing company acquired by Kalixa in 2014 and was recently rebranded as PXP Financial. His focus on payments and privacy guides REACT’s development of its proprietary ad and gaming processes within the framework of the “attention economy.”

Luigi’s passion for sports includes having owned and served as Chairman of a UK soccer club for 16 years and developing the largest youth academy in the country. Luigi is a University of Hertfordshire graduate. 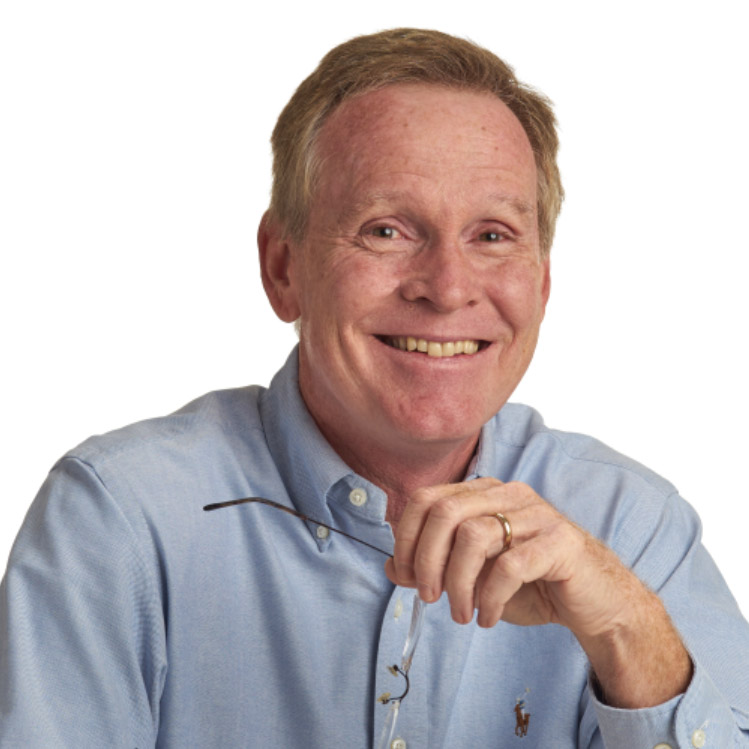 Rick spent his early career at Procter & Gamble where he led the Tide brand and at IBM where he ran worldwide marketing for the Consumer Products Division and IBM Direct.

Rick then served as CMO for Global Knowledge, a worldwide IT training company and at Ultimus Enterprise Software.

Rick received his MBA for the University of Michigan. 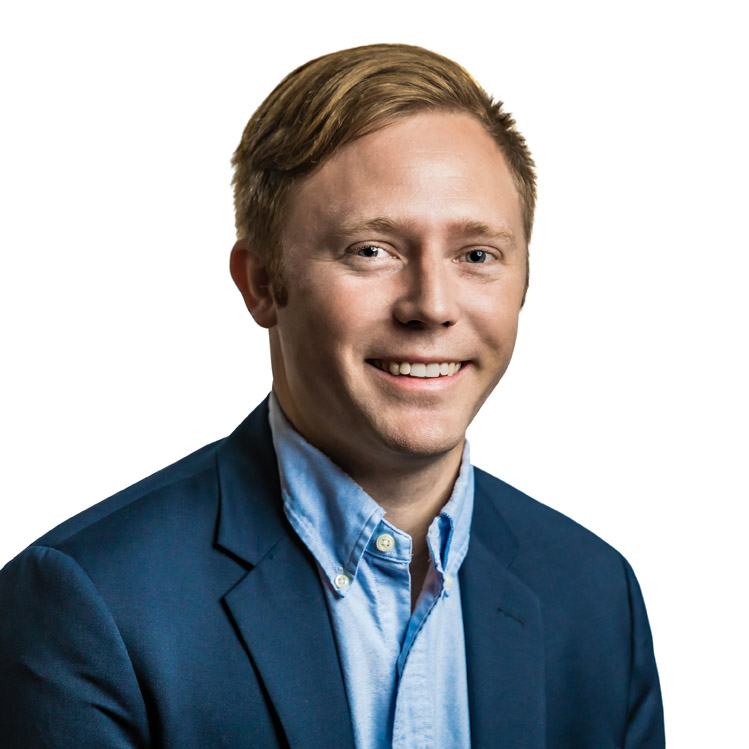 Brandon has over a decade of experience in digital marketing, user experience design, sales, and project management across various industries.

Brandon graduated from the University of South Florida – School of Business Entrepreneurship. 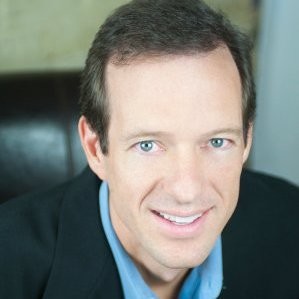 His larger-than-life persona as “80’s Dave” on REACT’s Super Squares Twitch stream belies David’s vast and diverse 25+ year career in Radio and Television.  He has amassed over 7,000 hours of live on-air TV hosting experience, to compliment his voice-over and radio talents. Shimkus has appeared on The Home Shopping Network®, Ideal World England, TSC Canada, The Outdoor Shopper, Shop US TV and The Military Shopping Channel.

He proudly served in the U.S. Marines and graduated from Southern Illinois University. 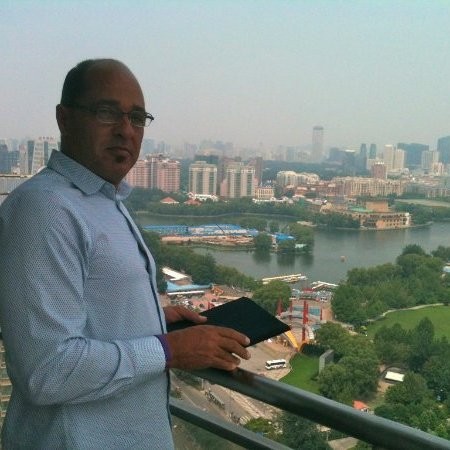 Known as the wizard behind the technical success of SuperSquares.TV, “TimG” is a veteran of the Commercial/Residential Audio, Video, and Control Industry. After serving as a Propulsion Engineer in the US Navy for 8 years, Tim focused on his passion for the audio/video industry after attending Full Sail University and Florida Technical College.

Gasquez currently serves as a Project Engineer for the largest Commercial Digital Services Provider, as well as handling the technical aspects for the live Super Squares Twitch Lounge and Live Watch Parties. 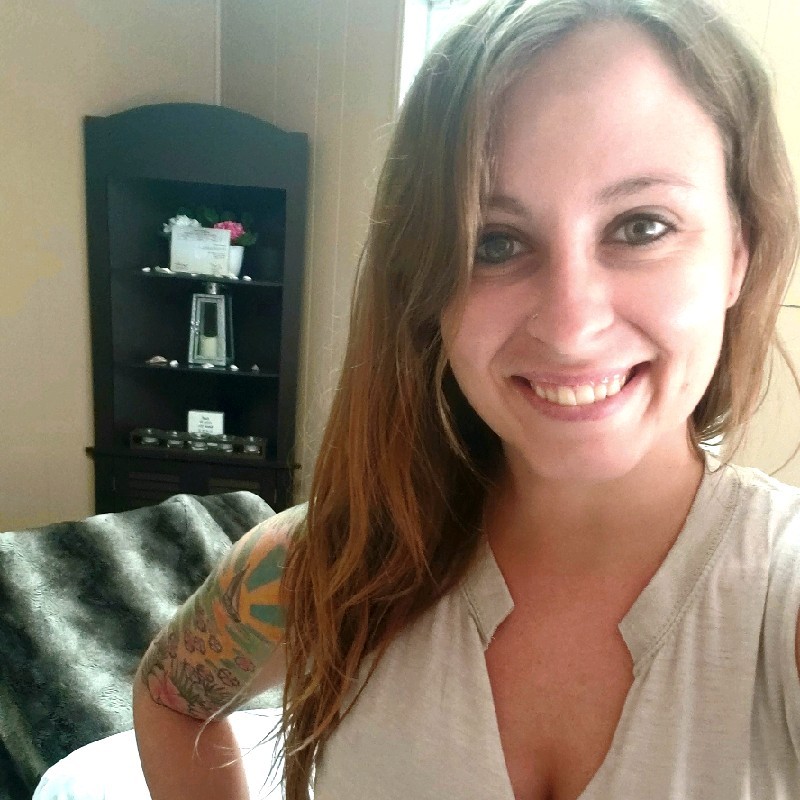 Megan discovered her love of film as an intern videographer at the historic Jannus Landings / Jannus Live outdoor music venue in St. Petersburg, Florida. This led to a series of engagements filming national and world-wide touring acts.

Hailing from Florida as a Jacksonville native, she has a deep appreciation for Florida-based sports teams, starting with her favorite home team, the Jacksonville Jaguars. (Team REACT has, as a result, determined that it is best to avoid feline fandom.)

Megan was an inaugural member of the SuperSquares.TV family. 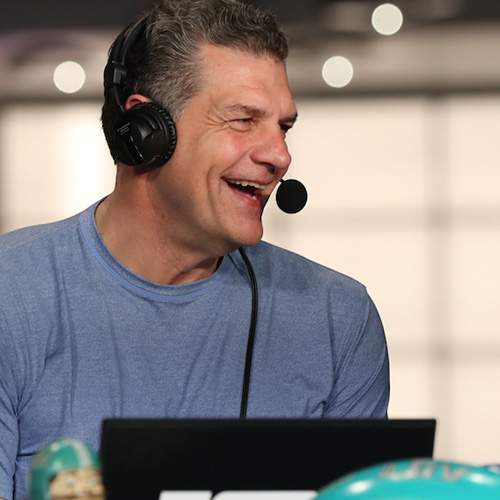 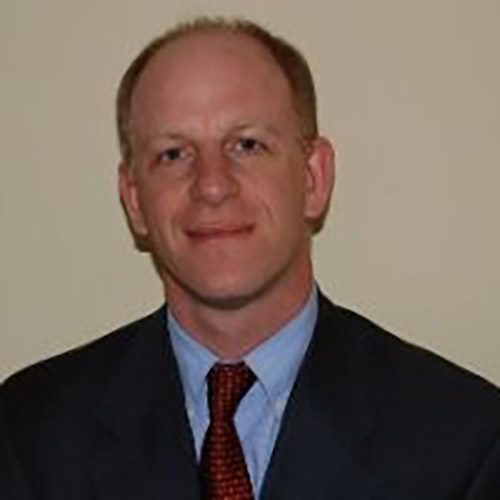 Seth Rabinowitz
Seth Rabinowitz is an experienced sports industry executive and consultant with deep expertise in fan engagement, marketing, game presentation, and technology. From 2013 to 2018, he was Senior Vice President – Marketing & Fan Engagement for the New York Jets, where he oversaw all marketing and game/event presentation functions, earning the Jets SportTechie’s “Most Innovative Sports Team” award in 2017. 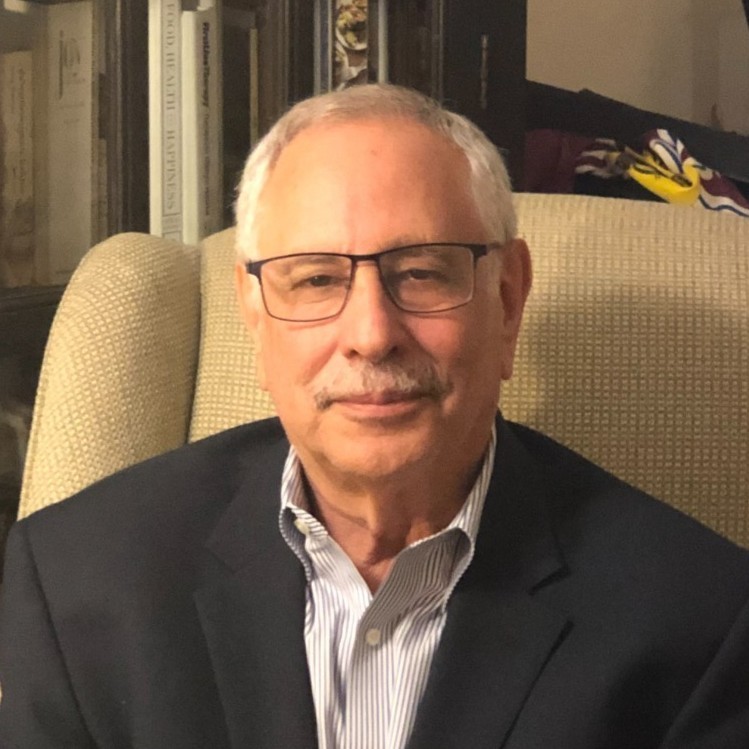 Barry Pincus, CPA, is React’s Advisory CFO, and specializes in content and the intersection of content and technology. He has over 35 years of experience working for some of the most significant sports, media and entertainment brands including the New York Yankees, Martha Stewart Living Omnimedia and Maxim magazine. 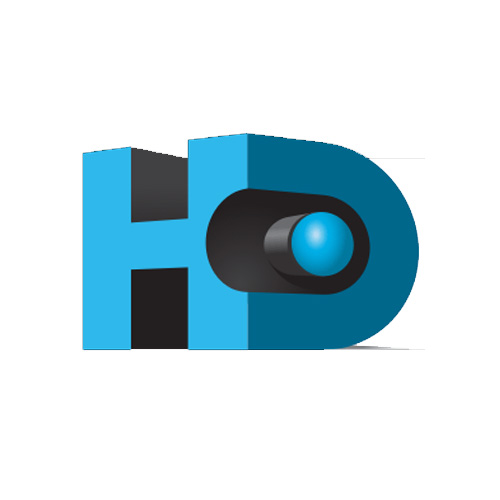 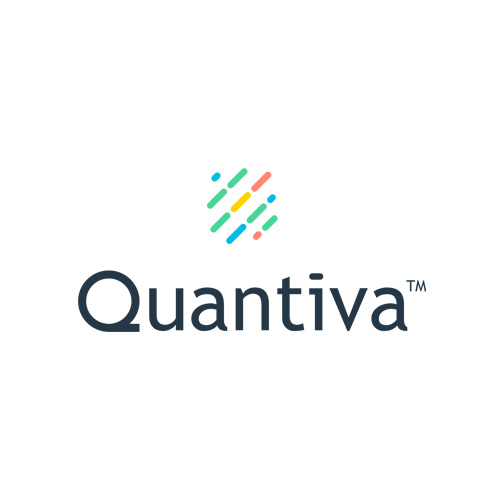 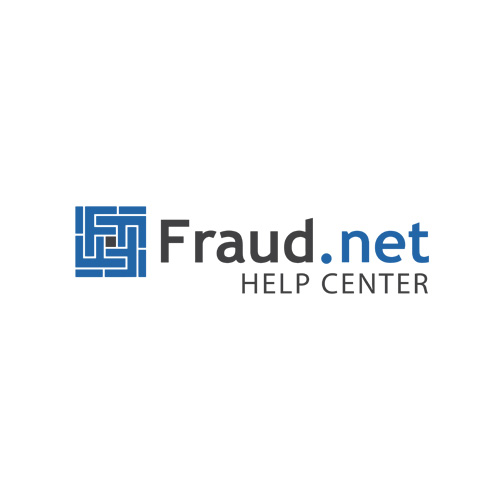 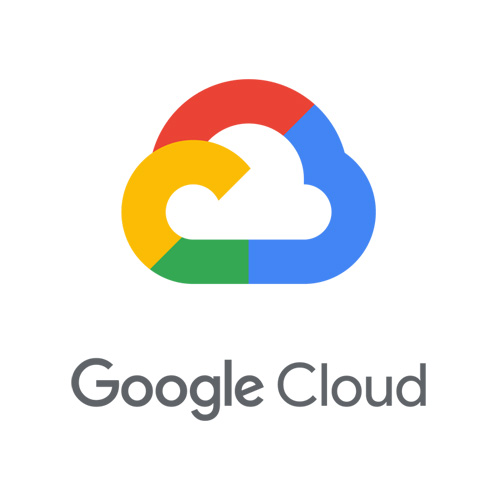 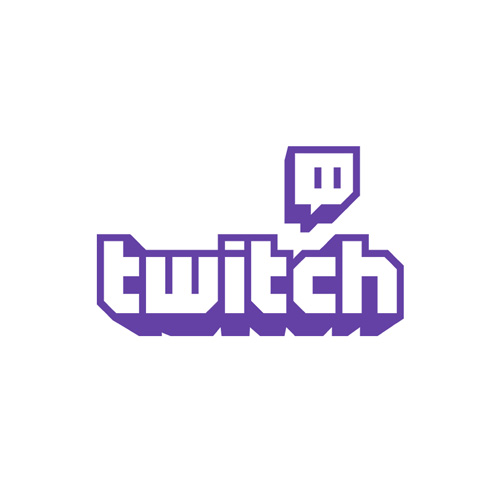 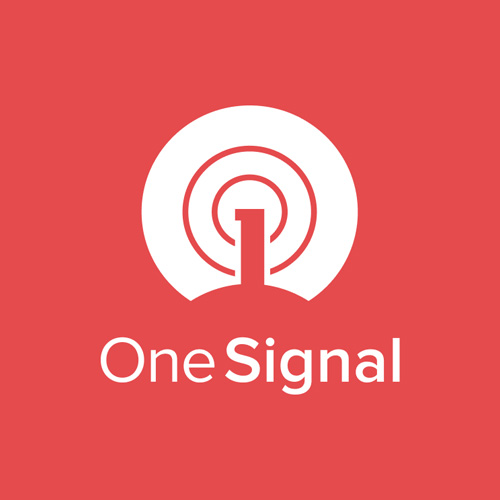